University-style teaching in Poznań goes back to 1519 and the Jan Lubranski Academy who founded the first school for talented young people in his capacity as the Roman Catholic Bishop of Poznań. A century later the Jesuit College was established to take over teaching in various fields, including philosophy, literature, history, astronomy and theology. During the 123 years following the 1795 act of three European powers neighboring Poland (Prussia, Austria-Hungary and Russia) to divide the country up among them, the University teachings in Poznan were conducted as numerous and often clandestine grassroot initiatives of local academics and scientists.

Modern University of Poznań was re-established in May 1919, following the end of the First World War and became a rapidly growing centre of science and education. During the Second World War teaching and research had to be again moved to secrecy. In 1956 the University was dedicated to the most famous Polish writer and poet – Adam Mickiewicz and was split into 5 independent schools: AMU, Medical Academy, Agriculture and Forestry Academy, Arts Academy and Physical Education (Sports) Academy. Each of them today is a university in its own right.

Today the AMU works with ca. 35 000 students (all levels: BA and MA degree programmes, postgraduate and PhD students) who can choose from among 366 fields of study, 23 doctoral programmes at the Doctoral School and 5 Schools of Sciences, 40 postgraduate study programmes (including MBA and programmes financed by the ESF) as well as studies in English and German, offered by 21 faculties on campuses in Poznań, Gniezno, Kalisz, Piła and Słubice.

228 student science clubs, sometimes known as research societies, provide an interesting offer of spending free time for each student. Meeting like-minded people helps to make friends. Being involved in activities of clubs gives the possibility of discussion, exchange of knowledge and enables to develop skills. Some clubs organize research trips or gatherings with other institutions from Poland or abroad. Membership could give you extra points at admission for the PhD level.

Once you arrive we will make you feel welcome you and provide you with the essentials. That is why we organize Orientation Week. You will get to know everything that is important for your stay at Adam Mickiewicz University. Orientation Week activities also include getting to know Erasmus+ students and their Polish colleagues who act as mentors or volunteers. It is a perfect opportunity to start your student adventure in Poznań!

Every semester we organize a trip to different parts of Poland, lasting two or three days. A visit to Kraków and Tatra Mountains is usually the most popular one. Depending on the weather conditions we also organize winter weekend for cross-country skiing in Karkonosze Mountains and a bike trip to the Wielkopolski National Park in the summer. If the weather is favorable in May we also organize a kayak trip on the Wełna River across northern Wielkopolska region. If you are interested in joining any of the trips, please contact the Erasmus+ office as soon as you start your stay in Poznań!

Erasmus Student Network University is formed by students and for students. They are here to help international students to understand the Polish reality and fully integrate with both Polish and other exchange students, as well as they invite students to unforgettable parties, going outs, trips, cultural events and other great undertakings. You are more than welcome to join ESN and all ESN initiatives! Please check our website www.uam.esn.pl/en 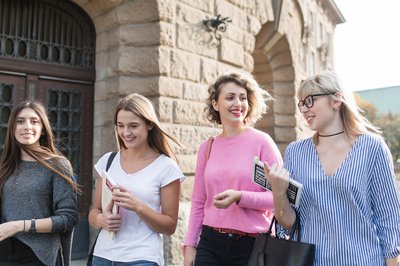 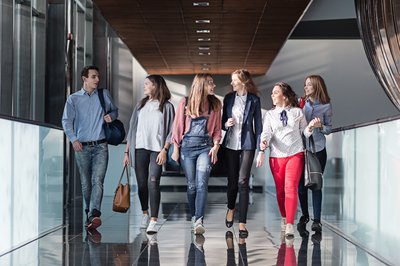