Innovation and tradition to build the future

The University of Milan is a research-intensive university, offering high quality teaching at all levels in a broad spectrum of fields. Over the years, it has succeeded in maintaining a skillful blend of tradition and innovation, adjusting to the requirements of a fast-growing society without putting aside its distinctive traits.
The University of Milan is the top Italian university in most international rankings and is the only Italian university among the 23 prestigious institutions that belong to the League of European Research Universities (LERU).

The University’s interdisciplinary vocation and the connections between a wide range of fields create a highly stimulating environment for study and work in its 33 departments, 140 study programmes, 33 doctoral programmes and several vocationally-oriented courses.

Milan and Lombardy: the engine of Italy

The University of Milan – that counts almost 66,000 students regularly enrolled and is therefore the largest in Lombardy – is an important point of cultural, artistic and scientific reference for the city: every year it plays host, amongst other things, to more than 300 events that are attended by tens of thousands of people. One of the top international institutions in terms of scientific productivity, the University’s wide range of educational and research competencies and its relationships with the business world also make it an important resource for its socio-economic context.

Milan is, in fact, the capital of Lombardy, one of the most dynamic and “international” areas in the European Union; it is also the leading city in Italy for investments in technological research and innovation.

The system in which the University of Milan operates has no equal in terms of the level and importance of its scientific initiatives; it comprises a further 11 universities and a large number of research institutes, many of them of international standing and reputation.

Studying at the University of Milan and living in this city is an exciting experience. Milan – which hosted the Expo 2015 – is known throughout the world for science, finance, fashion, design, publishing, theatre, music, food and its international trade fairs. It is also an extremely lively city, which offers great cultural opportunities as well as the best in sports and leisure. Due to its central position in the Northern part of Italy, it is a good point of access for many world-renowned localities. The most famous Italian lakes are just one hour away, while just a little more time is needed to reach the Alps, the Ligurian Sea, Venice and Florence by car or train, and all the major European cities by plane.

The University has built a relationship network and signed agreements with cultural institutions and associations of Milan and other cities, to promote cultural exchanges between the academic and local communities.

University students, employees and free-lance workers can participate in existing and new cultural initiatives, also through their associations.

The University Sports Centre, or CUS, is an amateur sports association that has been promoting and organizing university sporting activities for over 70 years. It allows Milanese university students to play many sports at affordable rates, both in the events managed by the centre, and in affiliated sports facilities.
Register at a CUS point or on the Milan CUS website to participate in sports activities. More than 100 courses available in over 10 sports facilities.

The Symphony Orchestra of the University of Milan was created in 2000 upon the initiative of maestro Alessandro Crudele, who remains its conductor, of then rector Paolo Mantegazza, Goffredo Haus, Alfio Bosatra and a large group of musicians, mainly students and alumni.

Today it is considered one of the best Italian youth orchestras, a music production centre and an excellent school, whose young talents went on to play with the likes of the Cherubini and Verdi orchestras in Milan.

Every year, world-class conductors and soloists are invited to its free concert season.

Also part of the project is the Academic Ensemble, a young amateur group of students, teachers and employees of the University, which made its debut in 2016 with a classical-symphonic repertoire. Over time, the Ensemble has become a sort of "permanent nursery" for the Orchestra, which recruits its most talented members.

Founded 25 years ago as part of academic cultural activities, the Choir of the University of Milan is a mixed four-voice choir, consisting mainly of students and staff.

Conducted by maestro Marco Berrini, the Choir has a wide repertoire ranging from Gregorian chant to classical repertoire – renaissance polyphonic, baroque, nineteenth- and twentieth-century, sacred and profane music – up to gospel and musical.

Each year the Choir selects its members through auditions, reserved for students and staff, according to a calendar published online or notified by e-mail.

The Choir meets each week for a 3-hour rehearsal, with further rehearsals ahead of concerts.

Milan is a singular city. The urban landscape is not dominated by monuments and works of art, as it is in Venice, Florence or Rome, but by the many faces of the city, which conceal many unique treasures and mysteries.

Milan is famous for fashion, for theatre and for the international scope of its trade fairs – and will become even more so in view of Expo 2015 – but to discover the city you must know where to look or simply wander around, venturing into the internal courtyards of the private palazzos in the city centre or visiting the numerous historic buildings that are open to the public.

Once Milan was a navigable city, full of canals and waterways (several of which are still uncovered and famous for their nightlife). It was Leonardo Da Vinci, during his long stay in the city, who was responsible for improving the canals with a system of locks, while he worked on dozens of other works, including his famous fresco, The Last Supper.

Sights to see include the numerous masterpieces preserved in the museums (the Brera Picture Gallery, the Ambrosiano Museum, the Museum of Modern Art) and the wonderful Romanesque churches, such as the Basilica of Sant’Ambrogio and the Basilica of Sant’Eustorgio (which is said to hold the remains of the three Magi, brought by the Saint from Constantinople). It is also advisable to visit the striking gothic structure of the Duomo, the age-old symbol of the city, and pass beneath the Galleria Vittorio Emanuele that leads to the Scala, the temple of opera and symphonic music.

There are also many possibilities for excursions to the outskirts of the city and to other places in the Lombardy region. Milan is not far from Lake Como, Lake Maggiore and Lake Garda, the Alps, the Ligurian Sea (90 minutes away) and Venice (a 2 ½ hour train journey).

Sports enthusiasts can go running in the city parks, visit the sports centres managed by the CUS (Centro Universitario Sportivo, Italian text) and the Municipality (Italian text), or participate in the activities of the University sports group.

Those who wish to sample Milanese nightlife can partake in the ritual of the aperitif (happy hour) in the city centre or by the Navigli canals, before moving on to the cinema, a club or a concert. 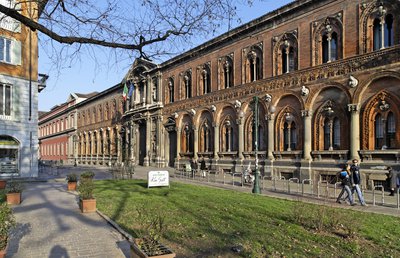 About the University of Milan 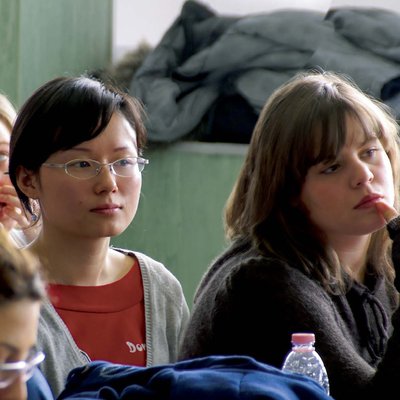 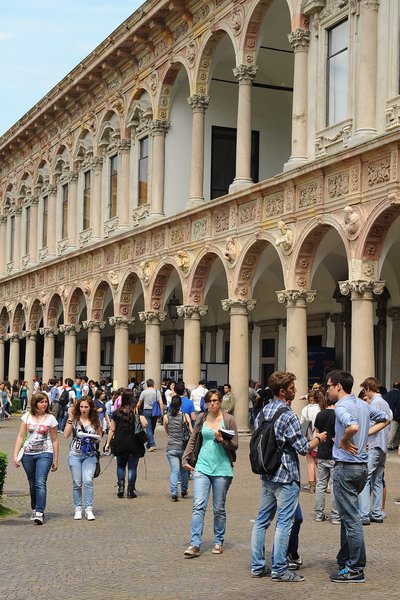 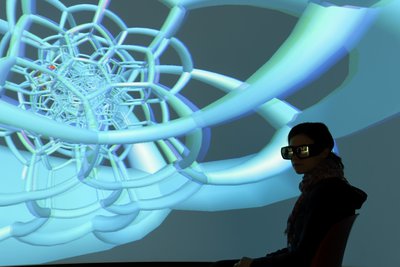 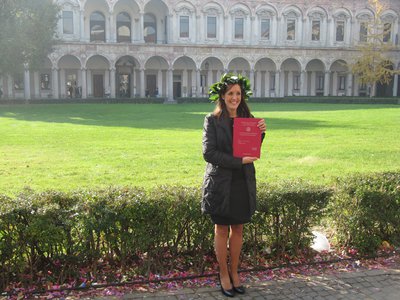 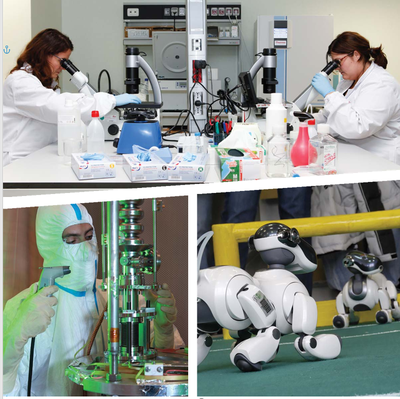 Research activity at University of Milan